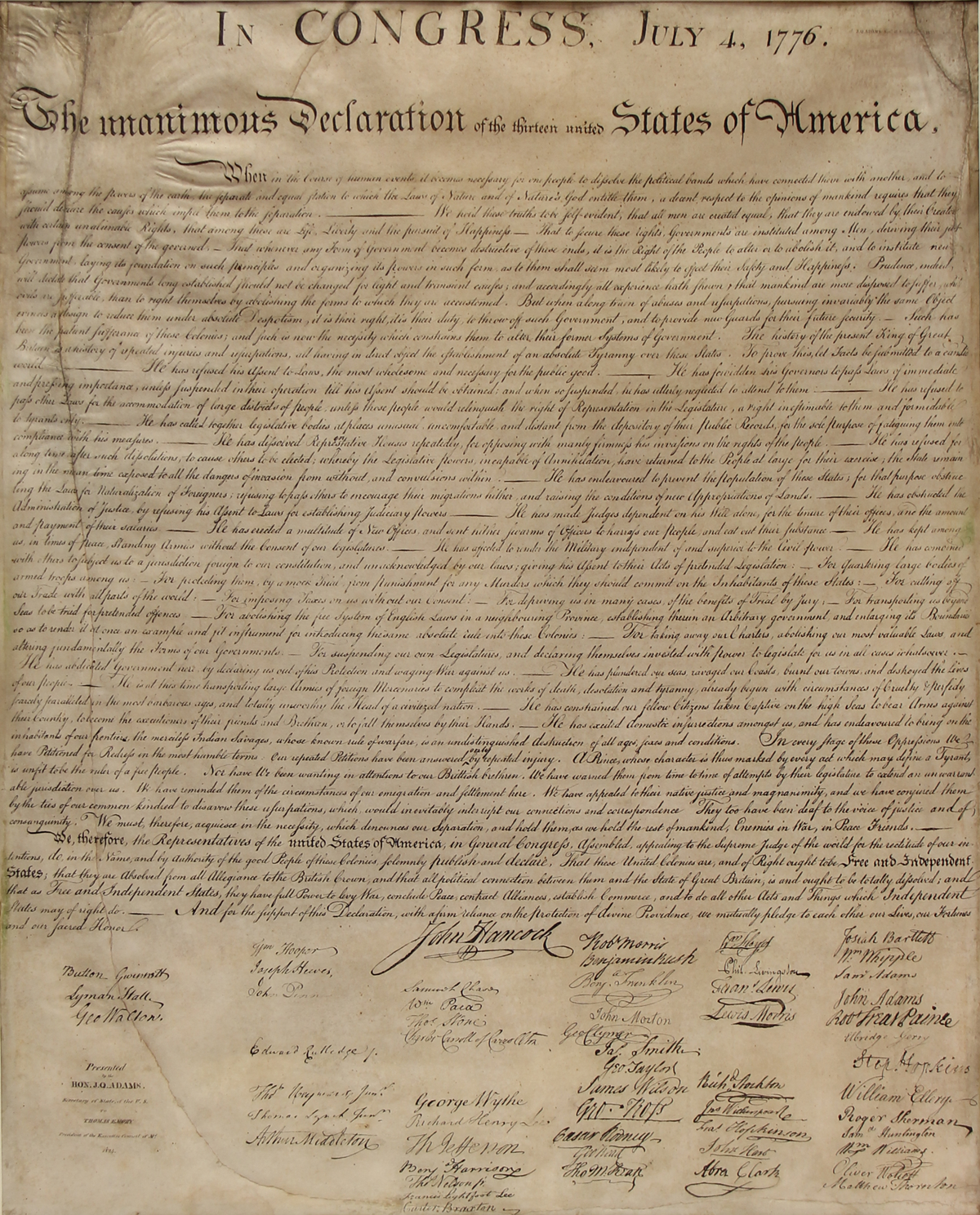 On Monday, June 10, the First Resolution of the Declaration of Independence is introduced. And while there is no turning back, there is 1) an absence of unanimity on how to move forward and 2) bad war news continues to dribble in from Canada. On June 11, A Committee of Five—Thomas Jefferson, John Adams, Benjamin Franklin, Roger Sherman, and Robert R. Livingston—is created to put the Resolution into effect, but further consideration of the Resolution by the whole Congress is postponed on a 7-5-1 vote until July 1. On June 12, A Committee of Thirteen is selected to draft the Articles of Confederation, the Virginia Declaration of Rights is passed, and John Adams offers advice on how to construct state governments. The Draft of the Articles of Confederation is introduced on July 12 and debated between July 26 and August 1. And New Jersey adopts a Constitution on July 2. Independence is being successfully pursued on three interrelated fronts.

On July 2, the Congress passes a revised version of the Declaration by a 9-2-1-1 vote. John Adams “is apt to believe that it will be celebrated, by succeeding Generations, as the great anniversary Festival.” One can appreciate Adams’s enthusiasm and relief. This is the first time a majority has voted in favor of Independence! On July 4, 12 delegations voted in favor and that is because three delegations changed their vote. New York abstained because the delegates were not instructed to vote for Independence. Caesar Rodney rode all night to Philadelphia to break the 1-1 Delaware vote. And Pennsylvania and South Carolina changed their vote from no to yes. Thomas Jefferson explains why and how the Committee draft is altered to secure these two votes: some of the fiery language against Britain is removed and the explicit condemnation of slavery is excised.

News that New York now supports Independence arrives in Philadelphia on July 15. Support for the Declaration of Independence is finally unanimous. Accordingly, on July 19, Congress orders the Declaration to be engrossed and “signed by every member of Congress.” The Declaration is engrossed and signed on August 2, 1776. Several members, Richard Henry Lee for example, are permitted to sign later. The thorny issue is representation—people, states, or property—and the states continue to adopt republicanism.