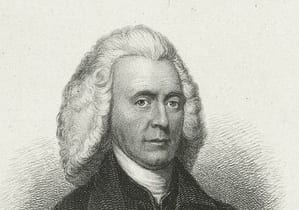 I have put off from day to day writing to my friends from this place in hopes of being able to say something of the Convention. Contrary to every previous calculation the bare quorum of seven States was not made up till the day before yesterday. The States composing it are N. York, N. Jersey, Pena. Delaware, Virga. N. Carolina & S. Carolina. Individual members are here from Massts. Maryland & Georgia; and our intelligence promises a compleat addition of the first and last, as also of Connecticut by tomorrow General Washington was called to the chair by a unanimous voice, and has accepted it. The Secretary is a Major Jackson. This is all that has yet been done except the appointment of a Committee for preparing the rules by which the Convention is to be governed in their proceedings. A few days will now furnish some data for calculating the probable result of the meeting. In general the members seem to accord in viewing our situation as peculiarly critical and in being averse to temporising expedients. I wish they may as readily agree when particulars are brought forward. Congress are reduced to five or six States, and are not likely to do any thing during the term of the Convention.