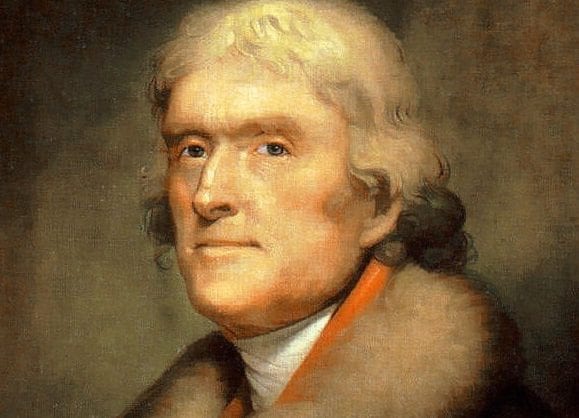 DEAR SIR–Since your favor of July 10. mine have been of July 17. 23 and 28. The last enclosed bill of exchange from Mr. Grand on Tessier for #46-17-10 sterl. to answer Genl. Sullivan’s bill for that sum. I hope it got safe to hand, tho’ I have been anxious about it as it went by post and my letters thro’ that channel sometimes miscarry.

From the separation of the Notables to the present moment has been perhaps the most interesting interval ever known to this country. The propositions of the Government, approved by the Notables, were precious to the nation and have been in an honest course of execution, some of them being carried into effect, and others preparing. Above all the establishment of the Provincial assemblies, some of which have begun their sessions, bid fair to be the instrument for circumscribing the power of the crown and raising the people into consideration. The election given to them is what will do this. Tho’ the minister who proposed these improvements seems to have meant them as the price of the new supplies, the game has been so played as to secure the improvements to the nation without securing the price. The Notable spoke softly on the subject of the additional supplies, but the parliament took them up roundly, refused to register the edicts for the new taxes, till compelled in a bed of justice and preferred themselves to be transferred to Troyes rather than withdraw their opposition. It is urged principally against the king, that his revenue is 130. millions more than that of his predecessor was, and yet he demands 120. millions further. You will see this well explained in the ’Conference entre un ministre d’etat et un Conseiller au parlement’ which I send you will some other small pamphlets. In the mean time all tongues in Paris (and in France as it is said) have been let loose, and never was a license of speaking against the government exercised in London more freely or more universally. Caricatures, placards, bon mots, have been indulged in by all ranks of people, and I know of no well attested instance of a single punishment. For some time mobs of 10; 20; 30,000 people collected daily, surrounded the parliament house, huzzaed the members, even entered the doors and examined into their conduct, took the horses out of the carriages of those who did will, and drew them home. The government thought it prudent to prevent these, drew some regiments into the neighborhood, multiplied the guards, had the streets constantly patrolled by strong parties, suspended privileged places, forbade all clubs, ect. The mobs have ceased: perhaps this may be partly owing to the absence of parliament. The Count d’Artois, sent to hold a bed of justice in the Coup des Aides, was hissed and hooted without reserve by the populace; the carriage of Madame de (I forget the name) in the queen’s livery was stopped by the populace under the belief that it was Madame de Polignac’s whom they would have insulted, the queen going to the theater of Versailles with Madame de Polignac was received with a general hiss. The king, long in the habit of drowning his cares in wine, plunges deeper and deeper; the queen cries but sins on. The Count d’Artois is detested, and Monsieurs [Louis, Comte de Provence] the general favorite. The Archbishop of Thoulouse is made Ministre principale, a virtuous, patriotic and able character. The Marechal de Castries retired yesterday notwithstanding strong sollicitations to remain in office. The marechal de Segur retired at the same time, prompted to it by the court. Their successors are not yet known. M. de St. Prist goes Ambassador to Holland in the room of Verac transferred to Switzerland, and the Count de Moustier goes to America in the room of Chevalier de la Luzerne who has a promise of the first vacancy. These nominations are not yet made formally, but they are decided on and the parties are ordered to prepare for their destination. As is has been long since I have had a confidential conveiance to you, I have brought together the principal facts from the adjournment of the Notables to the present moment which, as you will perceive form their nature, required a confidential conveyance. I have done it the rather because, tho’ you will have heard many of them and seen them in the public papers, yet floating in the mass of lies which constitute the atmospheres of London and Paris, you may not have been sure of their truth: and I have mentioned every truth of any consequence to enable you to stamp as false the facts pretermitted. I think that in the course of three months the royal authority has lost, and the rights of the nation gained, as much ground, by a revolution of public opinion only, as England gained in all her civil wars under the Stuarts. I rather believe too they will retain the ground gained, because it is defended by the young and the middle aged, in opposition to the old only. The first party increases, and the latter diminished daily from the course of nature. You may suppose that under the situation, war would be welcome in France. She will surely avoid it if not forced by the courts of London and Berlin. If forces, it is probable she will change the system of Europe totally by an alliance with the two empires, to whom nothing would be more desirable. In the event of such a coalition, not only Prussia but the whole European world must receive from them their laws. But France will probably endeavor to preserve the present system if it can be done by sacrificing to a certain degree the pretensions of the patriotic party in Holland. But of these matters you can judge, in you position, where less secrecy is observed, better than I can.

I have news from America as late as July 19. Nothing had then transpired from the Federal convention. I am sorry they began their deliberations by so abominable a precedent as that of tying up the tongues of their members. Nothing can justify this example but the innocence of their intentions, and ignorance of the value of public discussions. I have no doubt that all their other measures will be good and wise. it is really an assembly of demigods. Genl. Washington was of opinion they should not separate till October.I have the honour to be with every sentiment of friendship and respect Dear Sir.

Your most obedient and most humble servant,