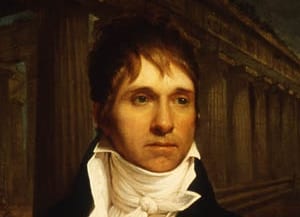 The Convention has been formed about 12 days. It contains in several instances the most respectable characters in the U.S. and in general may be said to be the best contribution of talents the States could make for the occasion. What the result of the experiment may be is among the arcana of futurity. Our affairs are considered on all hands as at a most serious crisis. No hope is entertained from the existing Confederacy. And the eyes and hopes of all are turned towards this new assembly. The result therefore whatever it may be must have a material influence on our destiny, and, on that of the cause of republican liberty. The personal characters of the members promise much. The spirit which they bring with them seems in general equally promising. But the labor is great indeed; whether we consider the real or imaginary difficulties within doors or without doors.