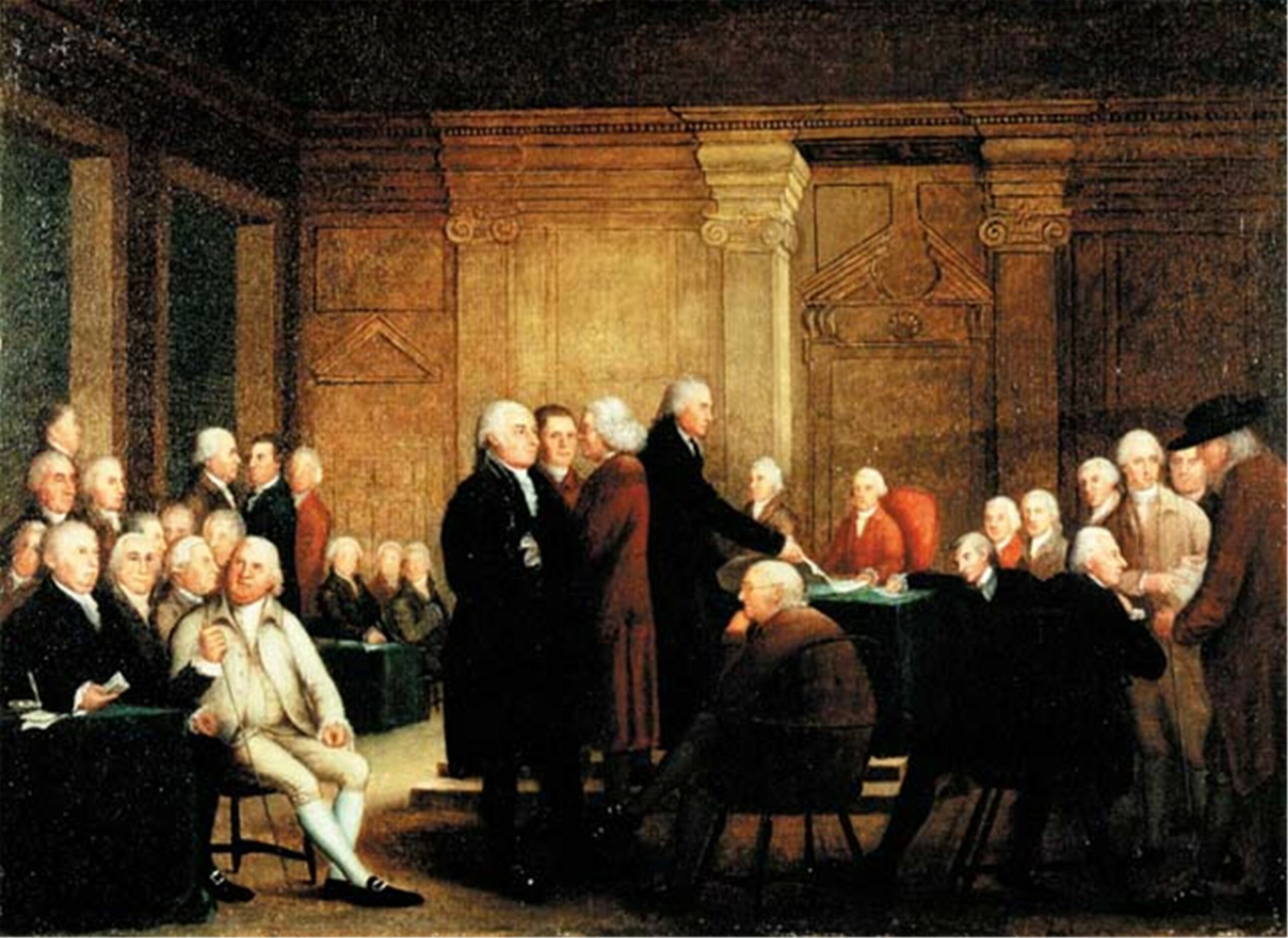 Many of us have favorite stories we can recite by heart. They may be bedtime stories we heard as children – stories we repeat to the young people in our lives. We may know the stories of our families – where we came from and how we arrived where we are now. Some of these stories are fairy tales or tall tales, some have unfavorable points of departure, but most have happy endings.

These stories are unlikely to be political in the broadest sense because political regimes have miserable endings. Every regime in the history of the world has collapsed. In large part, this is because the foundations or beginnings were insufficiently strong, remembered, and recited to ward off the inevitable storms of political life.

America, so far, is exceptional in that it still exists after nearly 250 years and public attention, albeit insufficient, is still being paid to its founding principles. It helps that the story of America’s founding is neither a fairy tale nor a bedtime story. We claim it as a good story. Besides, who can love an ugly founding?

What took place between the meeting of the First Continental Congress in 1774 and the adoption of the Bill of Rights in 1791 is a truly remarkable story. It’s worthy of spending time going back to the 18th century, because it’s a story that still matters today. Are discussion and debate, compromise and accepting outcomes still relevant? Do ideas matter?

We can learn what it takes to create and, following Benjamin Franklin, to keep a democratic republic. We citizens need to know this story. Unfortunately, many of us are unfamiliar with it or have been told incomplete versions. Some commentators even peddle blatantly false versions that are guided by political ideology. Nevertheless, the story of the American Founding is a story of hope.

We invite readers to re-familiarize themselves with the story of the American Founding or, perhaps, read the true story for the first time at AmericanFounding.org. Our approach is to present America’s Founding in its unvarnished truth, free from ideological influence. We ask readers to suspend their biases and approach the original sources with an open mind, seeking first to understand the Founders on their own terms.

We hope that the reader who honestly approaches 1774-1791 in this way will conclude that America’s Founding, with all its flaws, offers us the best chance to beat the odds and not end up in the dustbin of history. This regime, grounded in the natural rights doctrine of the Declaration of Independence and created by reflection and choice, deserves our close attention.

How fortunate that between 2024 and 2041, we have the opportunity to think about the 250th anniversary of the American Founding. We believe that the reader will come to see that America’s heart lies in our founding and that our history is the story of our shared struggle to keep that heart alive for the next generation.

We divide the story of the American Founding into four chapters, each opening with a quote that guides it. The first chapter makes the case for the Declaration of Independence. In addition to original documents and commentary, the chapter includes artistic representations of the signing of the Declaration.

Chapter two tells the story of the Constitutional Convention of 1787 as a four-act drama. This chapter contains a host original documents and commentary, but it also contains features with which the reader can interact. We have compiled a map, with commentary, of Philadelphia at the time of the founding with dozens of historical sites, many of which you can still visit today. Perhaps the most revealing portion of this chapter is a day-by-day summary of the convention with which one can follow the conversations and arguments that formed the Constitution.

Chapter three tells the story of the ratification of the Constitution. Here the reader can explore the arguments leading Federalists and Antifederalists made for and against the Constitution – both at state ratifying conventions and in public exchanges in newspapers and pamphlets.

The site also features a blog with articles written by leading thinkers that focus on current events and how they relate to the story of America’s founding. We call it “Chatting with the Founders.”

We must not only refamiliarize ourselves with the founding, but we must also understand how that story is relevant today. We must see that the American story is a story of hope. Each section of AmericanFounding.org features that hopeful story for all to explore.

This article was originally published at RealClear American Civics.