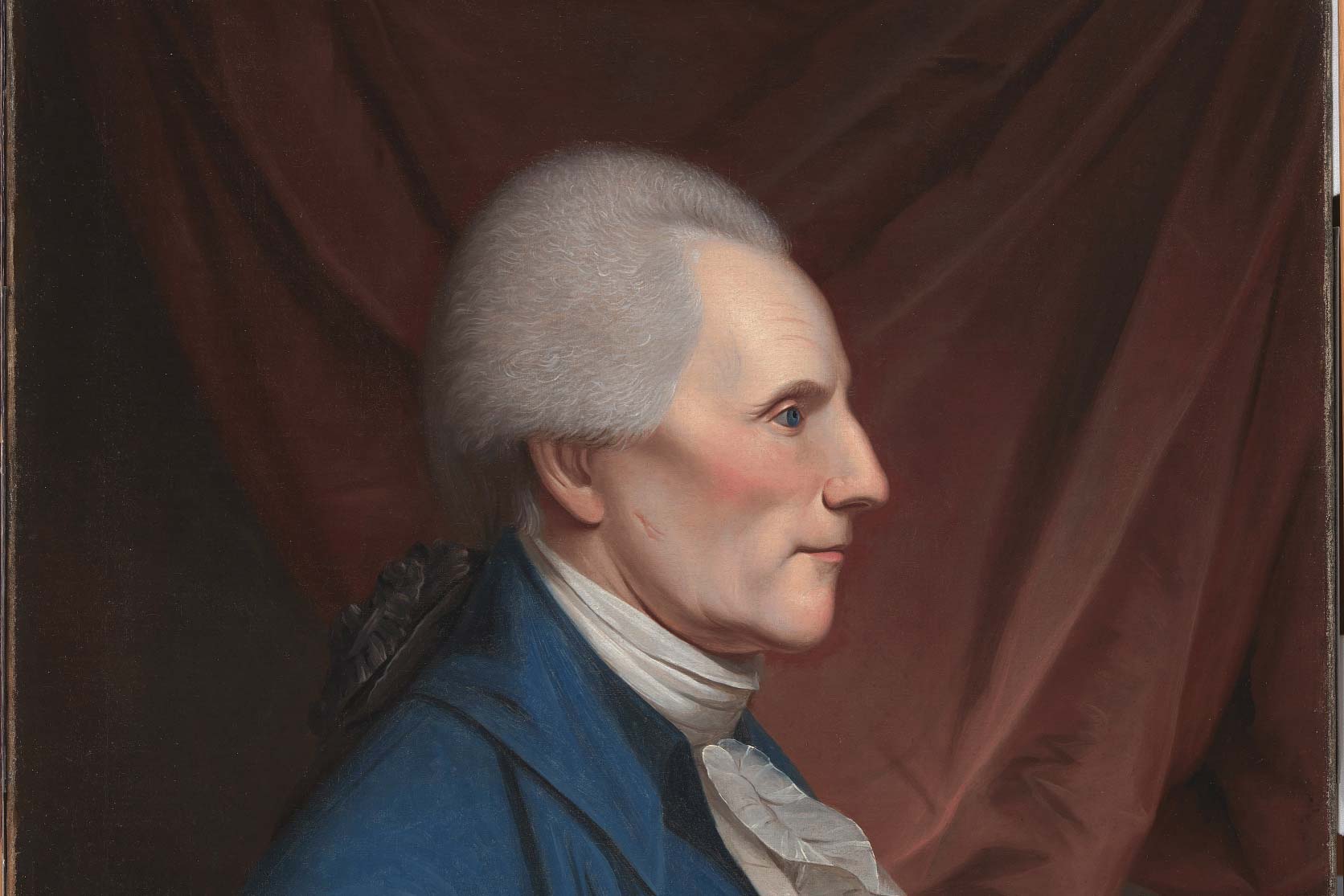 Richard Henry Lee was a powerful Virginia and national politician who numerous scholars argue was the author of the Federal Farmer essays (Federal Farmer IV). Three points are important in this letter. First, Lee wrote to Edmund Randolph, Governor of Virginia, who had declined to sign the Constitution a month before and was under considerable pressure from all sides during the ratification process. Second, in many ways, Lee anticipated the important debate between Thomas Jefferson and James Madison over what rights were essential (Documents Partly National, Partly Federal, The Fugitive Slave Clause, and Decline to Sign the Constitution). It is instructive that the first three of the fourteen rights on Lee’s list are exactly the same as are on Madison and Jefferson’s list of essential rights. Third, Lee’s fourteen proposed declarations are not antagonistic to the institutional framework of the Constitution. So, not all Antifederalists were totally opposed to the Constitution. What they wanted were greater assurances that the proposed Constitution would not become a consolidated system. For this reason, they wanted a bill of rights.

Lee originally presented the alterations to the proposed Constitution in one continuous paragraph; to assist the reader, we have broken the paragraph into fourteen thematic divisions. Contra James Wilson (State House Speech), Lee articulates the traditional argument that a bill of rights is needed to protect the people from the tyranny of the few.

It having been found from universal experience, that the most expressed declarations and reservations are necessary to protect the just rights and liberty of mankind from the silent powerful and ever active conspiracy of those who govern; and it appearing to be the sense of the good people of America, by the various bills or declarations of rights whereon the government of the greater number of states are founded: that such precautions are necessary to restrain and regulate the exercise of the great powers given to the rulers. In conformity with these principles, and from respect for the public sentiment on this subject, it is submitted, that the new Constitution proposed for the government of the United States be bottomed upon a declaration or bill of rights, clearly and precisely stating the principles upon which this social compact is founded, to wit:

(1) that the rights of conscience in matters of religion ought not to be violated,

(2) that the freedom of the press shall be secured,

(3) that the trial by jury in criminal and civil cases, and the modes prescribed by the common law for the safety of life in criminal prosecutions shall be held sacred,

(4) that standing armies in times of peace are dangerous to liberty, and ought not to be permitted unless assented to by two-thirds of the members composing each house of the legislature under the new Constitution,

(5) that the elections should be free and frequent,

(6) that the right administration of justice should be secured by the independence of the judges,

(7) that excessive bail, excessive fines, or cruel and unusual punishments should not be demanded or inflicted,

(8) that the right of the people to assemble peaceably for the purpose of petitioning the legislature shall not be prevented,

(9) that the citizens shall not be exposed to unreasonable searches, seizure of their persons, houses, papers or property,

(10) and it is necessary for the good of society, that the administration of government be conducted with all possible maturity of judgment, for which reason it has been the practice of civilized nations and so determined by every state in the Union, that a council of state or privy council should be appointed to advise and assist in the arduous business assigned to the executive power. Therefore let the new Constitution be so amended as to admit the appointment of a privy council to consist of eleven members chosen by the president, but responsible for the advice they may give. For which purpose the advice given shall be entered in a council book, and signed by the giver in all affairs of great moment, and that the counselors act under an oath of office. In order to prevent the dangerous blending of the legislative and executive powers, and to secure responsibility, the privy, and not the senate, shall be joined with the president in the appointment of all officers civil and military under the new Constitution, that the Constitution be so altered as not to admit the creation of a vice president, when duties as assigned may be discharged by the privy council, except in the instance of proceedings in the senate, which may be supplied by a speaker chosen from the body of senators by themselves as usual, that so may be avoided the establishment of a great officer of state, who is sometimes to be joined with the legislature, and sometimes administer the government, rendering responsibility difficult, besides giving unjust and needless pre-eminence to that state from whence this officer may have come,

(11) that such parts of the new Constitution be amended as provide imperfectly for the trial of criminals by a jury of the vicinage, and so supply the omission of a jury trial in civil causes or disputes about property between individuals, whereby the common law is directed, and as generally it is secured by the several state constitutions,

(12) that such parts of the new Constitution be amended as permit the vexatious and oppressive callings of citizens from their own country, and all controversies between citizens of different states and between citizens and foreigners, to be tried in a far distant court, and as it may be without a jury, whereby in a multitude of cases, the circumstances of distance and expense, may compel numbers to submit to the most unjust and ill founded demand,

(13) that in order to secure the rights of the people more effectually from violation, the power and respectability of the House of Representatives be increased, by increasing the number of delegates to that house where the popular interest must chiefly depend for protection,

(14) that the Constitution be so amended as to increase the number of votes necessary to determine questions in cases where a bare majority may be seduced by strong motives of interest to injure and oppress the minority of the community as in commercial regulations, where advantage may be taken of circumstances to ordain rigid and premature laws that will in effect amount to monopolies, to the great impoverishment of those states whose peculiar situation expose them to such injuries.